Home › Business › The U.S. Postal Service could survive if government got out of its way

The U.S. Postal Service could survive if government got out of its way

From the federal government down to the local government, the U.S. Postal Service has proven to be one of the politician’s favorite footballs. The controversy today does not differ from what it has been for decades: the USPS loses billions of dollars and should be run more efficiently or go out of business. The USPS is in a tough place because it is not just any “business”; it is one that is run at the behest of Congress and often under pressure from local politicians. In fact, it is not a business at all, but a federal agency of the Executive Branch granted operations in the U.S. Constitution.

Today, my Inbox is full of fear-mongering from liberal organizations stating why we need to save the USPS from those horrible Republicans. In other years, conservative organizations have filled my Inbox with why we need to stop using taxpayer money to prop up the boondoggle of a business that can’t do its job. But neither side has the right solution to keep the USPS a viable “company.”

So, how can the USPS become a viable, self-sustaining organization within its confines of various levels of government? We can find here in Boca Raton, one example which also plays out across the United States, where the USPS has tried to become more efficient by wanting to close and/or reconfigure its downtown post office. But each time, they are hampered by fear-mongering local politicians wanting to “Save Our Post Office.” This action repeats all across the country, costing the USPS and taxpayers billions in inefficient operations by keeping open “unprofitable” locations. Had the USPS been able to do what it wanted to do to save money, the public would not have been affected because the USPS had already prepared another location in Boca Raton that was better and less expensive for them to operate than the location on NE 2nd Street.

A larger problem the USPS has is because of a 2006 law passed by Congress which forced the USPS to pre-fund the generous retirement benefits for all its employees. There seems to be some confusion or misdirection when some speak about the 2006 law and the USPS retirement system. Retiree’s pensions have always been pre-funded. The financial challenge came when the USPS was suddenly required to pre-fund the medical benefits for its retirees. What is more of an embarrassment for Congress is they made the USPS “invest” its medical benefits fund only in U.S. Treasuries, further hampering the return on the fund while ensuring the federal government had another steady stream of debt funding to the federal budget. This puts the USPS at a tremendous disadvantage financially and is an immense burden for taxpayers who have to plug that deficit each year. Ironically, just prior to 2006, the USPS was enjoying a surplus and adding money to the U.S. Treasury. Now they are back to huge deficits.

The USPS also is forced by the government to operate inefficiently. Congress has put so many regulatory roadblocks in how the USPS may operate, it is hard to understand how it could operate as a surplus once again when its private business competition are not so restrained.  That said, the USPS enjoys many perks not granted to private businesses such as being a government-sanctioned monopoly, eminent domain powers, sovereign immunity from liabilities, amongst others.

There are basically two positive solutions for the USPS, one is privatization and the other is getting Congress to relax its rules over the organization to allow it to be more competitive with FedEx, UPS, and Amazon Delivery. If the government is not willing to do either of those two actions, then the USPS will continue to be the political football it has become at a cost to taxpayers by the billions of dollars. 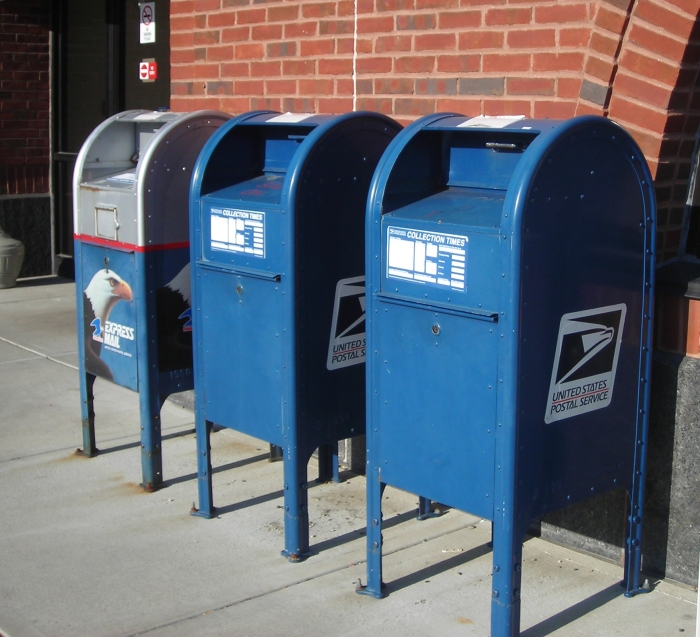 Like Loading...
‹ What are the best meal kits for vegans?
Biden and Trump are protectionists, Jorgensen is free trade ›