Two years ago, Doraville homeowner Hilda Brucker got a call from a flustered clerk at 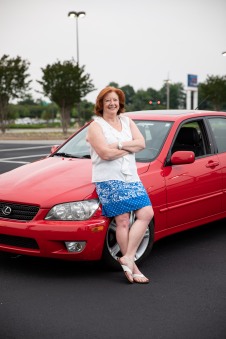 the city court demanding that she drop everything she was doing and come in. When she got there, Hilda was confronted by a city judge and prosecutor armed with photos of her driveway, arguing that its cracks violated Doraville’s city code. Hilda protested that this was the first she’d heard about it and that she’d never even received so much as a “fix-it ticket.” The prosecutor wasn’t having it, and the judge proceeded to impose a fine and sentenced her to six months of probation. Hilda walked out of court a convicted criminal for having a cracked driveway.

Hilda was the victim of Doraville’s revenue-reliant municipal justice system. And, unfortunately, her experience is troublingly commonplace. Yesterday, May 24, 2018, Hilda, along with three other Georgians who fell victim to Doraville’s fine-dependent officials, are fighting back. They partnered with the Institute for Justice, a national public interest law firm, to sue the city of Doraville and end its reliance on ticket revenue to balance its city budget.

“In American courtrooms, the judge and prosecutor you face should be neutral public servants,” said IJ attorney Josh House, who represents the Plaintiffs in the case. “But in Doraville, the city’s municipal court and law enforcement are tasked with finding residents and passers-through guilty of crimes in order to generate revenue. That violates fundamental principles of due process.” 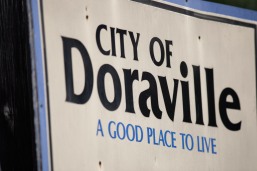 Each year, Doraville budgets between 17 and 30 percent of its overall anticipated revenue to come from fines and fees issued by its police officers and code inspectors. A 2015 Doraville newsletter even bragged that “averaging nearly 15,000 cases and bringing in over $3 million annually,” Doraville’s court system “contributes heavily to the city’s bottom line.” Instead of raising taxes or cutting spending, Doraville balances the budget through turning more and more people into convicted criminals. 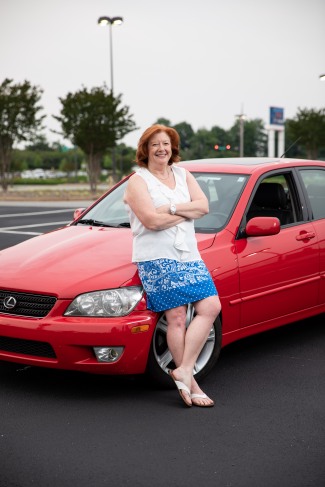 According to the U.S. Commission on Civil Rights, Doraville ranks 6th in the country for the amount of fines, fees, and forfeitures revenues it brought in as a proportion of its total revenues.

Joining Hilda in the suit are Jeff Thornton, Janice Craig, and Byron Billingsley. Unfortunately, their stories all demonstrate Doraville’s willingness to ticket residents for trivial matters that do little to protect the health or safety of Doraville residents.

Jeff Thornton was threatened with a warrant for his arrest and fined $1,000 because he had a disorganized pile of firewood in his backyard. After he fought back, the charges were eventually dropped. Janice Craig did something every driver has done. She was driving through Doraville when she realized she was in a left-turn-only lane. She braked, signaled, and waited for an opening to merge into the right lane. A police officer pulled her over and gave her a $215 ticket for holding up traffic. Byron Billingsley had a similar tale of overzealous traffic enforcement.

All of the plaintiffs had to defend themselves against a city that depends on convicting people like them in order to balance its books. The Supreme Court has long held that any “possible temptation” like this violates due process.

Doraville is unfortunately not unique, as cities across the country often depend on fines and fees, frequently targeting the poor and marginalized in their quest for revenue. The Department of Justice’s report on Ferguson, Missouri, for example, found it particularly troublesome that 23% of that city’s budget came from fines and fees.

The Institute for Justice has been at the forefront of fighting efforts by the government to use fines, fees, and civil forfeiture as a means to raise revenue and as a means to pursue illegitimate goals. Most recently, it secured a consent decree putting in place broad structural reforms to Pagedale, Missouri’s ticketing, housing code, and the municipal court system.