Washington, D.C. — In the wake of a recent news broadcast by WTVC TV in Chattanooga, 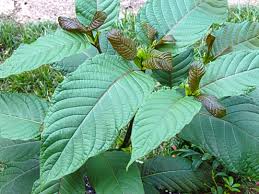 TN., quoting a Georgia county coroner who claimed there have been 17 kratom deaths “this year” in Georgia, the American Kratom Association (AKA) is demanding that the TV station immediate retract the “totally unsupportable” and “bogus” story. The fact is, there is nothing in the public medical record in Georgia ever attributing a single death to the non-opioid, coffee-like herb kratom.

The statement by Catoosa County Coroner Vanita Hullander highlights a major concern for the three-million-person kratom community in the United States about the spread of “fake news” coverage of deaths incorrectly attributed to kratom. On October 12, 2017, the AKA released a report by a leading molecular biologist and lawyer showing that medical examiners and coroners in New York and Florida issued “mistaken, inaccurate, and now discredited reports” linking two deaths to the non-opioid, botanical kratom. See: http://bit.ly/KratomAnalysis.

In the October 12, 2017, WTVC TV story at http://newschannel9.com/news/local/opioid-mimicking-substance-becomes-popular-in-chattanooga-area, the following is attributed by reporter Hannah Lawrence to Catoosa County Coroner Vanita Hullander: “Hullander says Georgia has seen 17 kratom-related deaths this year. The closest to Chattanooga was in Chattooga County.”

In demanding a retraction, the AKA letter to WTVC TV reads in part: “This story is ‘fake news’ of the worst kind in that it features completely false information of a highly inflammatory nature … There is absolutely no basis in fact for making any such outlandish ‘fake news’ statement about kratom. To the best of our knowledge, there is not one single death that has been formally attributed to kratom in Georgia at any point in time … We see no evidence that any real reporting was done here. If there had been, the outlandish Hullander claim would have been detected by Ms. Lawrence and not broadcast in the uncritical and unprofessional manner that it was by WTVC …The story is unbalanced, and it is 100% wrong.”

The same AKA letter also urges the following on Catoosa County: “The claim that there are 17 Georgia deaths caused by Kratom … would constitute a public health emergency that requires Coroner Hullander to produce the evidence on each of these alleged deaths showing the toxicological reports and death certificates that state the cause of death is due to kratom consumption. We ask that, upon receipt of these documents, that they be submitted to a panel of forensic toxicologists and medical experts to validate any claims by Coroner Hullander. The AKA would also have our panel of experts review these death records to provide the Commission with a detailed report on each death.”

In the letter to the Georgia Coroners Association, AKA Chairman Herman writes: “I urge you to either expel from your ranks or, at a minimum, reprimand Catoosa County Coroner Vanita Hullander … As I am sure that you well know, there is absolutely no basis in fact for making any such outlandish ‘fake news’ statement about kratom … ‘Fake news’ of the sort spread by Ms. Hullander reflects poorly on all coroners in Georgia. It undercuts your group’s effort to foster higher, scientific-based standards and to encourage public understanding of the important role of coroners.”

The AKA is concerned that the recent spate of “fake news” about kratom may reflect a “shadow campaign” by the Drug Enforcement Administration (DEA) against the coffee-like herb. On October 19, 2017, the American Kratom Association filed a Freedom of Information Act (FOIA) request for all records of kratom-related communications between the DEA and state lawmakers, local law enforcement officials, coroners and medical examiners. The AKA’s FOIA request is available online here: http://bit.ly/deaFOIA.

The AKA has reason to believe that the incorrectly attributed death reports are part of a larger behind-the-scenes push against kratom by the DEA in the wake of its decision last year to suspend an emergency scheduling push that would have effectively banned the legal botanical product.

The America Kratom Association, a consumer-based non-profit organization, is here to set the record straight, giving voice to those suffering and protecting our rights to possess and consume kratom. AKA represents tens of thousands of Americans, each of whom has a unique story to tell about the virtues of kratom and its positive effects on their lives.