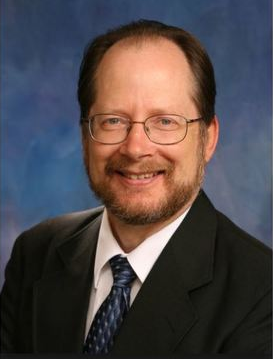 The Libertarian Party vigorously condemns the trumped-up case against Randall Lord, a former Libertarian candidate, who was sentenced to 46 months in prison for the victimless “crime” of operating an unregistered money service business involving Bitcoin, a digital currency.

Trading bitcoins is perfectly legal. Major retailers such as Microsoft, Expedia, Dell, Overstock, and Whole Foods accept bitcoins. Prosecutors targeted Lord for not being registered with the Financial Crimes Enforcement Network (FinCEN), a bureau of the U.S. Treasury, and for not being licensed to operate as a money service business in his home state of Louisiana.

Despite his conscientious objections to government currency controls, the Shreveport resident attempted to comply with the laws and regulations governing Bitcoin. He filed for registration with FinCEN, but the bureaucracy misplaced his filing, for which he now faces almost four years in prison.

Lord was not licensed in Louisiana because state officials had told him that Bitcoin is not a currency, and therefore he didn’t have to have a license to operate. Then in March 2013, FinCEN expanded the definition of “currency” so they could pull exchanges like Lord’s under their regulatory control.

Lord pleaded guilty to not having a state license, but later he proved to the court that the state did not require one. Then a federal court ruled that “unlicensed” could also mean “not registered with the Treasury Dept.” and refused to allow him to withdraw his guilty plea and take this issue to trial.

Every aspect of this case is a travesty:

Randall Lord has long opposed the federal government’s tax-and-spend policies and the Federal Reserve Bank’s manipulation of the dollar. He did his part to try to change these onerous laws and regulations when he ran for U.S. House on the Libertarian ticket in 2014 and 2012, receiving 27 and 25 percent of the vote, respectively.

This case illustrates that the problem is not a well-meaning, civic-minded family man like Randall Lord who offers a service to people aiming to preserve the value of their hard-earned money.

The problem is overspending by federal politicians, their manipulation and regulation of currencies, and grandstanding prosecutors who get rewarded for convicting people rather than for achieving justice.

The solution is to overturn the sentence of Randall Lord, repeal onerous laws and regulations, and stop federal government overspending so that the dollar will stop losing value, jobs will be plentiful, and Americans will be financially secure.

Please add your voice to ours in demanding freedom for Randall Lord.

Listen to an interview of Randall Lord in a Lions of Liberty podcast here.