San Diego, CA — After missing a key deadline to file a civil forfeiture case against the 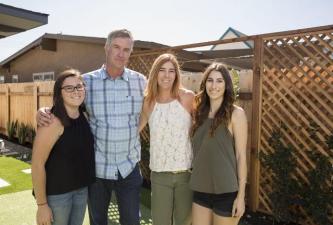 Slatic family, the San Diego County District Attorney’s Office announced on Tuesday, March 14, 2017, a brand new theory for why it seized the family’s life savings more than a year ago. In a court filing, the DA for the first time alleged that money belonging to James Slatic, his wife, Annette, and their two daughters, Lily and Penny, is evidence of money laundering—a crime for which no one has been charged.

The filing comes one day after the DA announced in a separate filing with the court that it would drop a controversial civil forfeiture case against the family’s money. Both announcements come as the DA is facing twin dismissal motions filed by the Institute for Justice (IJ) on behalf of the Slatics—one seeking to dismiss any civil forfeiture action and the other seeking the immediate return of the family’s money.

“This money remains in the District Attorney’s bank account in open violation of California law,” said Wesley Hottot, an attorney with the Institute for Justice, which represents the Slatics. “Faced with having to answer for this unlawful seizure in court, the DA has invented an entirely new theory for why it seized the money in the first place. The story keeps changing to avoid admitting the obvious: that this is an abuse of power to take more than $100,000 from the family of an innocent small business owner.”

The Slatics’ case began in January 2016, when the DA seized every penny from the family’s bank accounts without charging anyone with a crime. Prosecutors justified these seizures as a prelude to civil forfeiture proceedings based on one police officer’s allegation that James committed the crime of unlawful chemical extraction while operating his legal medical marijuana business, Med-West Distribution. In the 13 months since the seizure, no one associated with Med-West has been charged with unlawful extraction (or any other crime), the police appear not to have conducted any additional investigations, and no criminal allegations of any kind have been made against James’ family.

“We feel newly violated,” said James Slatic, upon hearing the government’s latest theory. “These legal tactics are having a real and devastating effect on my family. First, we lost our money for more than a year, even though no one did anything wrong. Now the government won’t give the money back, even though there is no basis for keeping it.”

“Money in a bank account is not evidence of anything,” said IJ Attorney Allison Daniel. “The District Attorney’s baseless argument only shows the desperation to police for profit. It vividly illustrates why the government should not have the ability to take people’s property without charging anyone with a crime.”

Like Loading...
‹ Is Amtrak ridership on the rise or not?
Mississippi governor signs bill for civil forfeiture reform ›