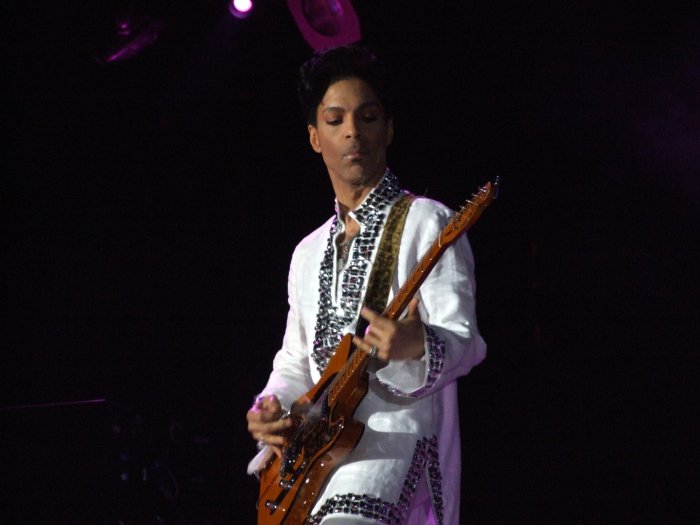 With the agreement, Bravado will work closely with the Estate to manage retail and licensing endeavors for Prince’s brand. As one of the most iconic and influential artists of all time, Bravado is tasked with strategically curating global programs that embrace and honor Prince’s legacy, embody his invaluable influence on art and culture and provide exciting new connections for his millions and millions of fans.
In making the announcement, Mat Vlasic, CEO of Bravado, said, “Prince’s legendary performances, his unmistakable style and music, his incomparable artistry — all continue to make a lasting impression on art, music, culture, design and fashion and will continue for generations to come. I’m thrilled the Estate has chosen Bravado to represent Prince. As the leading global provider of consumer, lifestyle and branding services to artists, Bravado will bring passion and energy to working with the Estate to create unmatched opportunities and ensure Prince continues to thrill fans and impact culture around the world.”
Charles Koppelman and L. Londell McMillan, entertainment experts hired by the court-appointed temporary special administrator of the Prince Rogers Nelson Estate to secure business agreements, commented, “We are very happy Bravado will be the worldwide exclusive merchandise company for Prince, whose fans around the world will soon have new exciting opportunities to connect with their favorite artist. We have full confidence that Mat and his team at Bravado will help support Prince’s legacy and artistic expression for generations of fans to come.”
During a career spanning four decades, Prince sold more than 100 million albums worldwide, making him one of the most successful artists of all time.
His timeless No. 1 hits include “When Doves Cry,” “Lets Go Crazy,” “Kiss,” “Raspberry Beret,” “You Got the Look,” “Little Red Corvette” and “Cream,” among many more.
From starring in Purple Rain, which won an Academy Award for the film’s eponymous song, to his trailblazing music videos and tantalizing MTV Video Music Awards performances, to his iconic Super Bowl halftime show in 2007, the “Purple One” and his personal style made a statement and challenged culture. In addition to the Oscar, Prince won seven Grammy Awards and a Golden Globe Award for Purple Rain with both “Purple Rain” and “1999” entering into the Grammy Hall of Fame. Prince was inducted into the Rock and Roll Hall of Fame in 2004, his first year of eligibility.
Bravado is the leading global provider of consumer, lifestyle and branding services to recording artists and entertainment brands around the world. Part of Universal Music Group, the leader in music-based entertainment, Bravado represents artists in more than 40 cities and provides services including sales, licensing, branding, marketing and e-commerce. Their extensive global distribution network gives artists and brands the opportunity to create deeper connections with their fans through apparel, consumer packaged goods and unique experiences.