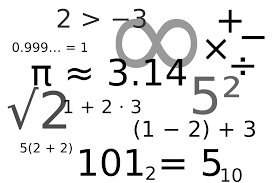 Education finds that students are lagging behind their international counterparts. United States students are 23 points below the average of all nations participating in the survey when it comes to math — lower than assessments conducted in 2009 and 2012. Math continues to decline after every assessment for American students despite the

Math continues to decline after every assessment for American students despite the federal government spending $154 billion in 2015 on education. This is in addition to the education bill taxpayers pay at the state and local levels. American high school students also lag behind other countries in reading literacy while Singapore, Japan, Estonia and New Zealand were leaders in the latest study.

This is leading American parents to seek other alternatives so their children can receive the best education, outside of government-run school districts. Many are seeking out charter schools and private schools to escape the rapid decline of the government education system. Other parents are trying to affect public policy by changing the funding mechanisms for public education to expand the choices students can have for their education. Other are also using the p