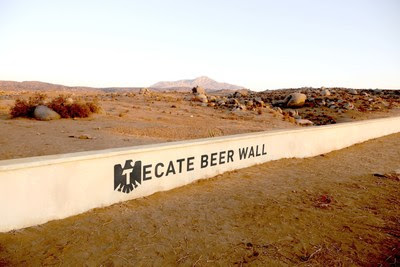 “The Wall,” created by Tecate with Saatchi & Saatchi NY, is the latest 30-second TV spot from the “Born Bold” campaign that once again shines the spotlight on the brand’s protagonist, the Black Eagle, while it soars above a small Mexican border town separated from the US by a “wall.”

One of the commercial’s establishing shots implies the wall is a towering structure that runs in either direction for miles, but as the commercial progresses and two groups of young men, bi-cultural Hispanics from the U.S. and Mexicans from Mexico, come together over the wall, the structure is revealed to be three-feet tall, the perfect height for a group of friends to rest their Tecates on.

“Tecate is using beer as the great unifier in developing a fun, lighthearted and clever commercial where friends from two bordering countries share a couple of Tecates over a wall,” said Felix Palau, Vice President, Tecate. “With this spot, Tecate is acknowledging an ongoing conversation, while raising a glass to beer’s uncanny ability to bring people together in a positive way.”

Filmed just outside the border town of Tecate, Mexico, where the Mexican beer originated and gets its namesake from, Tecate beer was introduced to the U.S. in 1955 while Tecate Light followed in 2007.

“This is a tremendous idea for Tecate. It really is the best idea. We worked with the best clients and hired the best people to work on it. Only the best. It’s terrific,” said Chris Moreira, ECD at Saatchi & Saatchi NY.

“Building on the insight that the wall issue is extremely important to our millennial target consumers, whether leaning more liberal or more conservative, we knew people would be watching the first Presidential debate to hear each candidate’s side of this important issue. We couldn’t think of a better stage to serve Tecate’s message of unity,” said Jennifer Weiss, Vice President, Director, Mediavest | Spark. “In addition to our video campaign, we’re also hyper-focused on social to ensure we’re reaching legal-drinking-age adults (21+) interested in politics on both sides of the aisle to drive conversation for #TecateBeerWall efficiently.”

This will be the first time Tecate has expanded into General Market targeting, while continuing to ensure reach among its core Hispanic target.

[1] Heineken calculation based in part on data reported by Nielsen through its Scantrack Service for the Light beer category for the 52-week period ending September 13, 2016, for the FDCM+ market according to the Nielsen standard product hierarchy.  Copyright © 2016, The Nielsen Company. 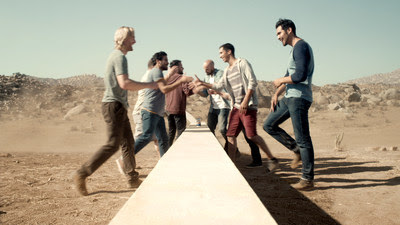 Like Loading...
‹ Florida city can’t promote and lead prayer vigil, says humanist group
Commentary: 26 percent of Floridians have never heard of Gary Johnson and 30 percent don’t know enough about him, the general media is to blame ›