Ocala, Fla —The American Humanist Association’s Appignani Humanist Legal Center has requested a summary judgment in its lawsuit, filed on behalf of local citizens, challenging the City of Ocala, Florida, and its police department for unconstitutionally promoting Christianity via a prayer vigil where uniformed police personnel led and participated in religious activities with the approval of the mayor and police chief. 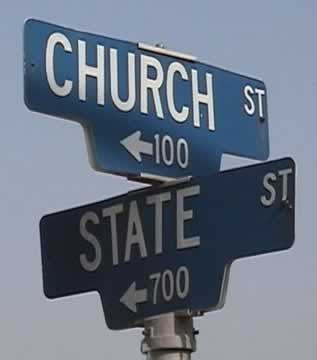 The prayer vigil, which was held in September 2014, was promoted through a letter on police department letterhead signed by the police chief and posted on the city’s social media. The chief’s letter urged citizens to attend the vigil, saying the city’s crime problem “requires fervent prayer.” The prayer vigil featured uniformed Ocala police personnel leading prayers, as well as other Christian speakers and evangelical call-and-response prayers and chanting. The city’s mayor and uniformed police officers wearing badges attended the vigil in their official capacities and participated in prayers and other religious activity. Local citizens objected to the city’s unconstitutional actions, but the mayor and police chief ignored their concerns.

“The involvement of the police department makes the city’s endorsement of prayer a particularly flagrant violation of the Establishment Clause,” said Monica Miller, senior counsel at the Appignani Humanist Legal Center. “The police department initiated the city’s prayer vigil and uniformed police personnel led prayers, which creates a coercive environment that is offensive and hostile to non-Christian citizens.”

The American Humanist Association’s legal center asks the court to issue summary judgment in favor of the plaintiffs, whose First Amendment rights were violated by the city. The American Humanist Association also seeks punitive damages against the mayor and police chief to hold them accountable for using their public offices to unconstitutionally promote prayer and religion.

A year ago, the District Court denied the city’s motion to have the lawsuit dismissed. The Court held that the city’s promoting and hosting the prayer vigil, as alleged in the lawsuit, would so obviously contradict the Establishment Clause that “the unlawfulness of the conduct was readily apparent.”