The recent flooding that hit Louisiana is the worst natural disaster to hit the United States since Hurricane Sandy hit New Jersey in 2012. So far we know that at least 13 are dead and tens of thousands were left homeless in the flooding. Even worse, most of those affected do not have flood insurance. Up to $21 billion worth of housing stock was wiped out by the deluge of rain.

The recovery will be long and difficult in one of the poorest states in the country. There is the challenge of finding employment and housing for all these displaced people. Given the fact that Louisiana is a hot and humid state most of the year, there will also be the issues of dealing with mold and increased injuries as people try to rebuild.

But one of the greatest stories of the Louisiana flooding is how the people and free markets are playing a role in helping to both rescue people and deliver relief much quicker than the government.

Citizens to the Rescue

The rains that swamped parts of Louisiana over a period of a few days were relentless. Local governments and first responders were overwhelmed with calls for help from people trapped in their homes by rising waters.

Instead of waiting for the government to come rescue them, the people of Louisiana used 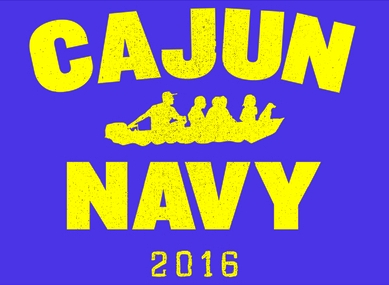 their own boats to save their neighbors.Instead of waiting for the government to come rescue them, the people of Louisiana used their own privately-owned boats to save their neighbors. This “Cajun Navy” drew its ranks and fleet from Louisiana’s large numbers of sportsmen. People who needed rescue contacted a Facebook group and the boats used smartphone apps such as the GPS app Glympse and the walkie talkie app Zello to coordinate. The “Cajun Navy” was responsible for saving the lives of thousands of Louisianians and their pets and livestock.

The people of Louisiana also distributed immediate relief to their displaced neighbors much more efficiently than the government was able to. One of the best examples of this was the conversion of a movie studio into a shelter housing over 2,000 people. The Celtic Media Centre is one of Louisiana’s premier film production studios located in Baton Rouge, which was one of the cities hardest hit by the flooding. The studio’s executive director, Patrick Mulhearn, saw how devastated his neighbors were by the high water and decided to open up Celtic as an emergency shelter.

Celtic was able to shelter over 2,000 evacuees in large, open, and air conditioned sound stages that were not being used for filming at the time. The shelter was supplied at first by local volunteers who donated food, water, and clothing to those affected by the storm. Volunteer doctors and other medical personnel, themselves often flood victims, set up a clinic in Celtic.

Importantly in a pet loving state like Louisiana, Celtic was open to pets as well. Many people did not evacuate during Hurricane Katrina in 2005 because their pets were not welcome at shelters.

There were smaller examples of churches opening themselves up, without prodding by either the Red Cross or the state government, as storm shelters for those who lost everything. Such shelters are all over the parishes that were flooded, and have largely been stocked with supplies by volunteers all over the state. People are even taking donations to the parking lots of stores that were unaffected to bring food, water, and other supplies to the flood zone.

Even while the streets of Louisiana flooded, trucks from Wal-Mart and UPS did not stop rolling. Wal-Mart, in particular, was able to use its corporate meteorologists to plan delivery routes and shift deliveries of much-needed supplies such as baby formula and water to the affected areas. UPS is able to prioritize delivery of items such as mail order prescription drugs. Companies are rushing supplies into the disaster area quicker than lethargic government agencies and the Red Cross.

In 2005, after Hurricane Katrina, Louisianians tried waiting on the government. That help never came and over 1,500 Louisianians died in the flood waters of New Orleans, St. Bernard Parish, Plaquemines Parish, and Jefferson Parish. The people of Louisiana learned the hard way that they had to rescue themselves.

After Katrina, Louisianians tried waiting on the government. That help never came and over 1500 Louisianians died.The people of Louisiana were motivated by a sense of community. While the Federal government was giving anti-discrimination lectures to flood victims, the Cajun Navy was rescuing people of all races. Louisiana has come together like never before.

But it wasn’t just the compassion of the people of Louisiana that saved lives. Companies which were seeking profit were also responsible. Everyone from the smartphone app developers to the retailers who provided the products to sustain and save lives played a role in this. Businesses and entrepreneurs meeting the needs of customers were literally lifesavers.

As Louisiana rebuilds, the free market will play a leading role in feeding and sheltering the displaced people. Companies motivated by profit will sell building materials to help rebuild homes and others will be looking to hire displaced workers to help them do more business. The pursuit of profit is what will rebuild Louisiana, not a government.

Even in disaster relief the best thing government can do is get out of the way of the private sector.

Kevin Boyd is a Louisiana-based freelance writer who has been featured in numerous publications. You can follow him on Twitter @kevinboyd1984

Like Loading...
‹ If you are voting by mail in Florida, make sure your ballot is reached by officials in time to be counted
Where are South Florida Libertarians going to be over the next month ›