Home › Business › New push to have computers use less electricity

New push to have computers use less electricity

Electricity use by computers can be cut in half using off-the-shelf technology with no impact on performance, and at negligible cost, according to a new Natural Resources Defense Council (NRDC) analysis released today, July 28, 2016.

Roughly 300 million computers in the U.S. spend from 50 to 77 percent of their time “on but inactive” and spend $10 billion a year worth of electricity, the equivalent of 30-large power plants, according to the NRDC report online at https://www.nrdc.org/resources/slashing-energy-use-computers-and-monitors-while-protecting-our-wallets-health-and-planet. That is time that could be spent shut down or mining Bitcoins. 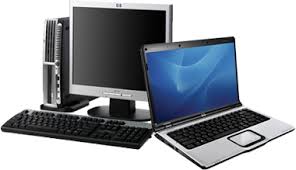 The NRDC analysis notes: “Using current technology to make all computers and monitors just 30 percent more energy efficient could save U.S. consumers $3 billion annually and avoid the need to generate 29 billion kilowatt-hours of electricity each year—more than is consumed by all the households in Indiana, or Los Angeles and Phoenix combined. It also will keep 20 million metric tons of carbon pollution out of the air, all with zero impact on computer performance or user convenience.” (The 30 percent energy-reduction target was proposed by the California Energy Commission in March 2016.)

NRDC worked with the electronics power management expert firm Aggios and California investor-owned utilities to develop a demonstration prototype computer and found some efficiency improvements would cost manufacturers “only pennies per computer,” according to the report.

Pierre Delforge, director of high-tech sector energy efficiency, NRDC, said: “This is good news for consumer wallets and also the planet in terms of mitigating a real driver of climate change pollution. The technology is already available to significantly slash the energy use of computers and it is affordable. What we need is for the California Energy Commission to proceed with the same kind of common-sense and do-able energy efficiency standards that we already have in place for many household appliances.”

California’s clean energy policies specifically direct state agencies to ensure they address the needs of low-income communities. The computer standards can be an important step in that direction.

Stephanie Chen, energy & telecommunications policy director, Greenlining Institute, said: “Access to cost-effective computing technology is a great equalizer. The Greenlining Institute urges the CEC to consider the needs of low-income households as they move forward with this standard. Low-income households often spend a higher proportion of their income on electricity costs and are more likely to own older, inefficient models of desktop computers. Low-income families deserve efficient technologies in the future, and we hope that’s exactly what this standard will deliver.”

Adrianna Quintero, director, Voces Verdes, added: “The fact that the costs of owning a computer can be reduced is good news for all households, particularly those headed by lower-income Latinos. By reducing the cost of operation, energy efficiency standards put money back in computer owners’ pockets, including those of low-income households who spend a disproportionate share of their income on electricity bills, and businesses who use the majority of desktop computers.”

Other business users also are weighing in on the importance of efficiency standards for computers.

“Of the 4,000 network members of the Sierra Business Council, 80 percent are small businesses that are constantly searching for ways to improve the energy efficiency of their offices,” said Steve Frisch, president, Sierra Business Council. “Small businesses want to save energy, sure, but they need to save money. That’s why our members are watching closely for energy efficiency standards that will contribute to their bottom line, no matter what model they choose.”

The CEC rule-making process is significant since California is home to one out of eight US consumers. Manufacturers are likely to implement energy-saving measures for all computer models, rather than maintain a separate inventory to be able to sell computers and monitors in the Golden State. The federal government likely would build on the California energy-efficiency standard.

Computers and the monitors connected to them rank among the biggest energy guzzlers in the electronics category in America’s home and businesses. Failing to reduce their energy use has large negative impacts nationally. Computer and monitor electricity consumption in U.S. homes and businesses is estimated to total 95 billion kilowatt-hours annually, more than the electricity use of all the households in the state of California each year.

When it comes to energy consumption desktop computers are the worst offenders. Typical desktop and monitor consume roughly four times as much energy as the average notebook computer (also commonly referred to as a laptop) and 40 times as much as a tablet.

The prototype computer developed for the analysis used the latest generation Intel i7-6700k CPU, 16 gigabytes of memory, and a 1-terabyte disc, which places it in a relatively high-performance category. One challenge was to find a power supply capable of providing up to 300 watts of power to allow the more efficient computer to operate at full throttle when needed, while still being relatively energy efficient when idling at 7.7 watts internal, which represents only 2.5 percent of the power supply’s maximum power. The alternate power supply that was developed would cost less than $1 extra for the additional material involved. The overall power consumption of the optimized desktop was 11.4 watts, roughly half of the 22.4 watts of today’s typical desktop.