WikiLeaks, Clinton, Wasserman-Schultz, the DNC and Sanders – sounds like a fun mix

On Friday, July 22, 2016, WikiLeaks released 19,252 emails and 8,034 attachments from the Democratic National Committee (DNC) — part one of their new Hillary Leaks series. The leaks come from the accounts of seven key figures in the DNC: Communications Director Luis Miranda (10770 emails), National Finance Director Jordon Kaplan (3797 emails), Finance Chief of Staff Scott Comer (3095 emails), Finance Director of Data & Strategic Initiatives Daniel Parrish (1472 emails), Finance Director Allen Zachary (1611 emails), Senior Advisor Andrew Wright (938 emails) and Northern California Finance Director Robert (Erik) Stowe (751 emails). The emails cover the period from January last year through May 25, 2016. Another trove of emails regarding the Clinton campaign and the DNC are forthcoming. We can only suspect another large group of emails could also be forthcoming via WikiLeaks for the Republican National Convention and the Libertarian Party National Convention. 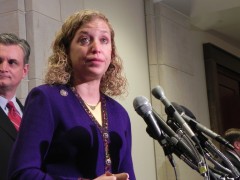 een reported that DNC chair Debbie Wasserman-Schultz  (DWS) will not have a speaking role during the DNC convention which begins tomorrow, July 24, 2016, in Philadelphia as a direct result of the WikiLeaks email release. What is revealing is how Schultz and the DNC worked to marginalize Bernie Sanders‘ campaign in favor of Hillary Clinton. The emails also reveal a Bernie supporter was often referred to as “Bernie Bro.”

Many of the emails are simple forwarding of news articles and news show clips. But what is also revealed and the fallout is riveting. For example, Jeremy Berns, a research associate at Democratic National Committee, wrote on May 13, 2016 to Kelly Roberts of the DNC:

Of course, this is just one opinion of a staffer at the DNC and we need to see the larger picture and more emails to come to any fruitful conclusions.

In the following email DNC’s chief financial officer Brad Marshall looks for a way to research suspicion that Sanders is an atheist and exploit that notion:

It might may no difference, but for KY and WVA can we get someone to ask his belief. Does he believe in a God. He had skated on saying he has a Jewish heritage. I think I read he is an atheist. This could make several points difference with my peeps. My Southern Baptist peeps would draw a big difference between a Jew and an atheist.

“Wondering if there’s a good Bernie narrative for a story, which is that Bernie never ever 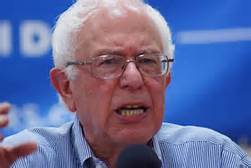 There were several emails concerning the allegations of ‘money-laundering’ by the Hillary Victory Fund organization. The WikiLeaks email trove shows how they were dealing with the fallout. As the story got bigger: “Flag, this story is now making its way outside the beltway rags.” The DNC, as most political organizations and companies, “flag” various news stories that need to be dealt with quickly. While many who contributed to the Hillary Victory Fund thought the money was going to help the Clinton campaign, a large amount of the raised money actually went to the DNC and several state Democratic parties. On May 4, 2016, at 5:41 PM, Luis Miranda wrote: “Hey Brad, see below from McClatchy, Sanders is claiming the money from HVF has already been spent on ads and direct mail for Hillary and so can’t go to the DNC or state parties… Can we debunk?” In response from Graham Wilson, who was included in the communique:

“Yes. We can debunk. While money has obviously been spent for fundraising costs (which is absolutely necessary in order to raise the 60 million dollars they keep referencing!) there are millions of dollars still sitting in HVF that are allocated to the DNC and the state parties (and therefore have to be transferred to the DNC and the state parties) that have not yet been distributed because the point of the party portion of HVF is to raise money to fund the general election. This isn’t right and it seems to me that we should say that. Let me reach out to see if I can get hard numbers on how much is left.”

After receiving bad publicity from a MSNBC Morning Joe anchor, DWS wanted to put a stop to it as soon as possible by having a call with NBC News Political Director Chuck Todd. In an email on May 18, 2016, DWS sends Todd an email titled simply “Chuck, this must stop.” She deftly moves to have the conversation by telephone so there is no written trace of the content of their conversation.

“Chuck, see below. I would like to discuss this with you today. Can you reach out to Luis to schedule a call? Thanks. DWS”

We will have much more about the fallout of the WikiLeaks email release very soon in a future article.

Like Loading...
‹ Mark Cuban not on the Donald Trump bandwagon, will he go for the Johnson?
Tony Robbins grads congregate in South Florida ›