CLEVELAND — Yesterday, July 20, 2016, it was revealed through a Federal Election 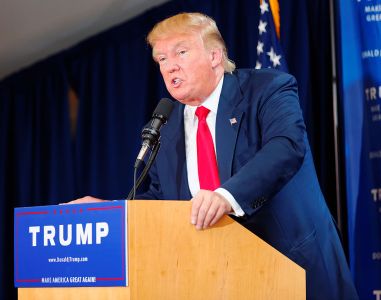 Commission (FEC) report by the Donald Trump campaign that he had forgiven $47.5 million in loans he had made to his campaign. The filing also showed that the campaign has $20.2 million in cash and it had raised $24.1 million in June 2016.

Trump is the Republican Party’s presidential nominee and will face the Libertarian Party’s presidential nominee, Governor Gary Johnson in the November 8, 2016, general election. The Democratic Party will select their presidential primary during their convention in Philadelphia starting on July 25, 2016. That selection is highly likely to be Hillary Clinton. These are the three candidates expected to be on the ballot in all 50 states; yet, there are many other candidates running including Green Party candidate Jill Stein.

Like Loading...
‹ Florida to get first legal medical marijuana dispensary
Broward Libertarians endorse Stanton to go up against Rubio and Murphy in Florida’s U.S. Senate race ›