their presidential nominee for the 2016 election during their national convention in Ohio. Trump will now definitely be on the November ballot in all 50 states alongside Libertarian Party presidential nominee Gary Johnson. Trump has proven most political pundits wrong as most have been quoted repeatedly saying things like, “He’ll never be our nominee.” Likewise, many of those same pundits have said Johnson doesn’t stand a chance and will not be in the presidential debates; however, now Johnson is approaching the selection criteria to be on the debate stage alongside Trump and Clinton.

It is expected Hillary Clinton will be Democratic Party’s presidential nominee elected at their convention which starts on July 25, 2016, in Philadelphia, Pennsylvania. Although there are dozens of people who will qualify to be on some state’s ballots, it is only Clinton, Johnson, and Trump who are expected to be on all 50 states’ ballots for the November 8, 2016, election.

Trump’s nomination did not come without a fight. The conservative wing of the Republican Party attempted on the first day of the convention to derail Trump’s nomination; however, it was unsuccessful. So far during the Republican convention, the speeches have mostly been anti-Clinton than pro-Trump and there has not been any mention of Johnson during the speeches. It seems to be a fight of going against Clinton rather than promoting Trump’s convictions — perhaps because they are so hard to nail down.

It is almost comedic listening to many of the speeches at the Republican convention as they expand the rhetoric of what the Republican Party is supposed to be; however, it is anything but. For example, several speakers have talked about less regulation and making government smaller, but when Republicans have had control of Congress, they choose to increase regulation, increase the government’s debt and increase the size of the federal government. The Republicans spend like the Democrats but try to pull the wool over the eyes of voters. But voters are waking up that there may actually be a credible alternative this year with Johnson’s campaign. There is no reason to believe voting for Donald Trump in the presidential election this November would mean less federal regulation, that federal spending would decrease or the size and scope of the federal government would be reduced. If anything, all would increase just like if Hillary Clinton were elected. 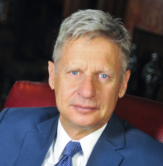 Yesterday, the NBC News/SurveyMonkey poll was released showing Donald Trump at 40 percent, Gary Johnson at 10 percent and Hillary Clinton at 39 percent. Johnson has been polling between 9-13 percent nationally in different polls during a time of being marginalized by the mainstream media. The NBC poll was conducted July 11-17, 2016 with a sampling of over 9,400 registered voters across the country. In that poll, Americans say the most important issues to them are jobs, the economy, and terrorism. Also, the poll found that 50 percent of Americans disapprove of how President Barack Obama is doing his job, while the other 50 percent approve. Another poll, released this past Sunday by CNN showed Johnson at 13 percent, Trump at 37 percent, and Clinton at 42 percent. This and other recent polls show Johnson is progressing toward the 15 percent needed to be on the presidential debate stage with Clinton and Trump.

The National Rifle Association’s chief lobbyist spoke yesterday not so much in support of Trump, but against Clinton. Speaking of Hillary Clinton, the gun control organization’s lobbying arm Chris Cox said yesterday, “It’s easy for her to dismiss a right that she will never have to use. But for the rest of us, the choice to own a firearm is ours to make.” The National Rifle Association was not at the Libertarian Party’s national convention, perhaps because the Libertarians did not ban guns at their convention like the Republicans did. It was interesting to view the long list of items delegates and participants at the Republican’s convention could not bring into the venue while the party claims to be about freedom and pro-Second Amendment. As well, the 2016 Democratic Party’s convention in Philadelphia, Pennsylvania has a long list of banned items as well which include:

Nothing was banned at the 2016 Libertarian Party convention held over Memorial Day weekend in Orlando, Florida.

InsideGov.com is doing a comparison of the three candidates whereas Johnson is surpassing Trump and Clinton by its user ratings. For example, while Johnson supports and wants to expand free trade, neither Clinton or Trump want to do the same.

The popular website iSideWith.com has been tracking the 2016 presidential election and now show Johnson at 12 percent, Trump at 27 percent and Clinton at 16 percent. These are the results with over 5.6 million people having taken the test. The graph showing respondent’s results is interesting as Johnson’s popularity is on a dramatic upswing since his nomination is late May, Trump and Clinton have been flat. iSideWith.com is a website people go t0 to see which candidate they most align with regarding their value system through answering a series of questions. After answering the series of questions and weighting them based on how important each is to you, the website finds which candidate is your best match.

Like Loading...
‹ 10 Floridians immigrate to Israel on chartered flight
Thomas Knapp writes about the 9/11 report and those missing 28 pages ›