Washington, D.C. — Yesterday, July 19, 2016, the White House released a report stating that “higher education is one of the most important investments individuals can make for themselves and for our country. Many students access student loans to help finance their education, and last year federal student loans helped 9 million Americans to make that investment in their futures.”

The Obama Administration attempts to put a rosy picture around the looming debt crises and there are a few positives that come to those who are able to attend and complete college. They will earn more money over their lifetime over someone with a high school diploma…well, that’s pretty much it, according to the report.

Student debt has doubled while Barack Obama has been President, second only to home mortgages and is now higher t 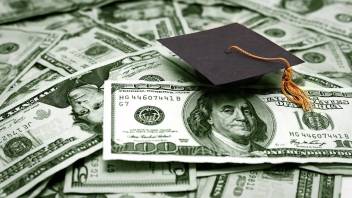 han credit card debt. As of 2015, outstanding student debt had grown to $1.3 trillion, due in large part to rising enrollments and a larger share of students borrowing. While the average loan size has also increased over the years, the average undergraduate borrower owes $17,900 in debt. According to Sheila Blair, former chair of the Federal Deposit Insurance Corporate, “You have this dynamic of declining real wages and an increased need for a college degree. And so what you end up having is more and more young people applying to college with fewer families able to pay for it.”

According to Gabby Morrongiello, a reporter for the Washington Examiner, said this morning that the report was authored by “those who benefit from student debt, and that is economics and academics. So long as we see student debt and taxpayer money continue to be funnelled toward federal loans, we are going to continue to see public and private universities increase their salaries, bloat their administrative levels of employment.”

Some negative aspects of large student loans are those coming out of college with large debt loads often have to move back home with their parents as they are not able to buy a house or car and in many cases cannot afford basic rent.

Megan McArdle reported for Bloomberg last year stating that we “need to stop making loans for programs that have poor graduation records, high default rates and little evidence of economic benefit to degree holders. I’m not just talking about for-profit colleges here, but also about the wide array of programs at accredited four-year schools that allow students to amass substantial debt without giving them anything of value in return.”

We thought we’d see how the three major presidential candidates stand on the issue of student loans and their statements can be found below.

If guaranteed government student loans never existed, tuition today would be half of 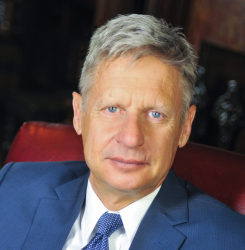 what it is, because colleges and universities would have to go out and attract you as a student. And they would have to be as effective and efficient as everything else in our lives. But because you are guaranteed a government student loan, you have no excuse to not go to college. Colleges’ and universities’ tuition keeps going up. They have absolutely no reality with regard to their pricing. If every college student tomorrow says, “I’m not going to go to college until the price of college, university education drops,” guess what? It would. It would happen. It would happen dramatically.

Democratic Party presumptive nominee Hillary Clinton makes this statement without a follow-up as to how it would be paid for:

y off. I
think it’s terrible that one of the only profit centers we have is student loans.

Like Loading...
‹ Heroin deaths replace those of the formerly legal pain clinics
Brodeur has tough road ahead with Edmonds as challenger in Florida House District 28 race ›