Jeremy Rodgers announced his candidacy today to serve the City of Boca Raton on City Council. He released the following statement:

“For some time now, I’ve been talking with my wife Mandy about ways I can serve the community where we can involve the whole family and have a tangible impact. Mandy and I have always been committed to raising our family in Boca Raton, and we agree that City Council would be the perfect place for us to make a difference, shape the future of our community and teach our children about public service in the process.”

“I moved down here 17 years ago to attend FAU while I worked full-time at IBM. I found a great community, the woman of my dreams, a career that excites me, and had three children that make every day of my life a thrill. I have so many reasons to give thanks and just as many reasons to give back.”

Jeremy Rodgers is the son of Kathy Rodgers, and the late Robert Rodgers, a career U.S. Army soldier. Jeremy moved here in 1997 to attend Florida Atlantic University, where he received both Bachelor’s and Master’s degrees in Computer Engineering, with a Minor in Business, while working for IBM, where he is still employed today. Jeremy has been published academically for his work in Computer Security.

Jeremy’s wife, Mandy,  graduated from Westminster Academy and the University of Florida with her Bachelor’s in Finance before receiving her Master’s in Business Administration from Florida Atlantic University in 2002. They were married in 2005 and have since been joined by their six year-old son Connor, four year-old daughter Ainsley, and two year-old son Hunter. The Rodgers family attends Spanish River Community Church where they are actively involved. Jeremy has coached and volunteered at Florida Atlantic University engineering events and serves as the Chapter Advisor to a Greek organization on campus.

Jeremy was selected to be an officer in the U. S. Navy Reserve in 2010 and volunteers with the Boca Raton NJROTC program. Jeremy enjoys attending city council meetings with a new generation of activists and recently stepped down from his appointment to the city’s Financial Advisory Board, as required, so he could run for a City Council Seat. 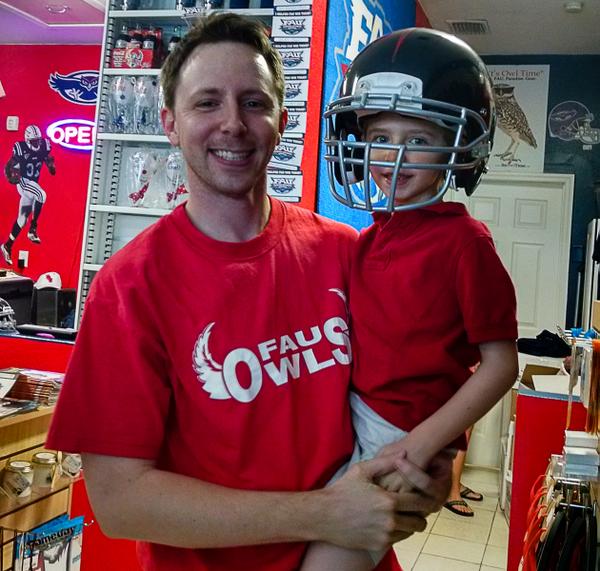 Like Loading...
‹ Humanist group to give Zumach Award of $10,000 to Charlie Hebdo
Epic athletic battle at Meyer Amphitheatre, in downtown West Palm Beach ›