Humanist group to give Zumach Award of $10,000 to Charlie Hebdo 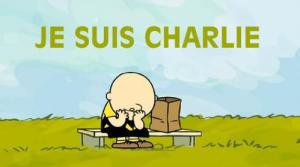 The American Humanist Association is proud to announce the establishment of a new award, the Henry Zumach Award for Freedom From Fundamentalist Religion, to recognize individuals and organizations that have taken a stand against religious intolerance and bigotry. The award, generously funded by Henry Zumach of Stoddard, Wisconsin, has pledged $10,000 (€8,467) to its first recipient, Charlie Hebdo, the French satire magazine recently attacked by Islamic extremists for its cartoons depicting the prophet Muhammad.

“The purpose of this award is to fight against religious fundamentalism and promote reason and equality for all people,” said Henry Zumach, who is also the founder of the La Crosse Area Freethought Society. “With its continuing commitment to freedom of expression in the face of extreme religion-based hostility, Charlie Hebdo exemplifies the essence of this award.”

The winner of the Henry Zumach Award for Freedom From Fundamentalist Religion was chosen by Henry Zumach and the American Humanist Association. The criteria for the award recipient, which can be an individual or organization, includes a history of activism and compassion that exposes the threat of fundamentalist religion and a bolstering of secular, progressive alternatives to fundamentalist religion, such as education. Charlie Hebdo was chosen as the recipient of the award for its bold stance against extremist ideologies, even after facing an attack by terrorists on January 7, which left twelve people dead, including the magazine’s editor Stéphane Charbonnier.

“Religion shouldn’t be protected from criticism, and Charlie Hebdo exemplifies the principle of free speech through its poignant satire,” said Roy Speckhardt, executive director of the American Humanist Association. “Humanists are proud to stand in solidarity with Charlie Hebdo, and we’re grateful to Henry Zumach for working with the American Humanist Association to establish this award.”

A previous statement released by the American Humanist Association on the attacks can be viewed here.

Like Loading...
‹ Al Capone had a long-lost brother who was a prohibition officer In Nebraska, Iowa, South Dakota, Idaho, and Washington
Jeremy Rodgers qualifies for the Boca Raton City Council ›