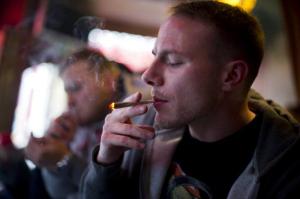 Online video and banner ads had a significant impact on the Florida medical marijuana race, according to a post-election survey of 800 voters conducted by Anzalone Liszt Grove Research on behalf of United for Care, which was advocating for Amendment 2.

The majority of the online advertising was a combination of cookie-targeted banner and video ads provided by Audience Partners, matched to the National Online Voter File® along with a proprietary medical marijuana support model that incorporated data from petition signers. Impact Politics, a campaign media and marketing strategy firm in Weston, FL, managed the digital buy and creative production for United for Care.

Audience Partner’s medical marijuana probabilistic model, created through extensive surveying and data modeling, provided Impact Politics and the United for Care Campaign the means to target voters “most likely to be persuadable” as well as those “most likely supporters” with a history of voting.

“We were outspent 3 to 1 on media, but the data modeling and analytics provided by Audience Partners allowed us to layer our online efforts across the state with unprecedented efficiency,” said Brian Franklin, President of Impact Politics and a senior consultant for the United for Care Campaign. “Access to this data allowed us to triage our resources, tweak our creative with real-time data, and maximize the impact of our online spend.”

United for Care’s digital buy placed a heavy emphasis on seniors most likely to be persuadable. In fact, 33% of those who recalled seeing online ads were over the age of 65.

While 65% of those who saw online ads voted yes for Amendment 2, the survey showed that those who saw any ads (including television only) voted 56% yes, and those that saw no ads at all voted 50% yes. 88% of those who saw Internet ads thought they were helpful in making their decision. Heavy Internet users decided earlier than lighter users – 85% decided how they were going to vote a month or more before the election.

Amendment 2 reached 58% support – the second highest level of support for medical marijuana in any state, and won roughly 500,000 more votes than Governor Rick Scott. Unfortunately for supporters of the amendment, Florida is one of the few states that requires 60% to pass.

Impact Politics is an award-winning political consulting firm that specializes in writing, strategy and new media for national, state, and federal candidate campaigns, ballot initiatives, and advocacy organizations. Founded by Brian Franklin, a Board Member of the American Association of Political Consultants and co-chair of its Technology Committee, the firm has won numerous Pollie and Reed awards, from Best Overall Internet Campaign and Best Online Targeting to Best Online Advertisements and Best Use of Humor in Online Ads. The firm is based in Weston, FL.

Audience Partners is an Enterprise Advertising Management company that operates an addressable advertising platform leveraging data science, programmatic ad buying and unique first party data assets to target individuals across screens on PCs, mobile phones, tablets, and addressable TVs. Focused on politics/advocacy, higher education and healthcare, Audience Partners’ success has been its ability to accurately reach high value audiences on their digital devices at scale by connecting offline databases with online devices. The company’s philosophy has been to use “first party, mailing address data” as the linchpin of its online targeting. Founded in 2008, the firm has offices in Washington DC, Pennsylvania and Toronto.